What does MMA fighting have to do with tennis? Listen to this interview, did you hear how many times she said "Belief".

#1 Raise the Ceiling of Belief!

I see our athletes all the time looking at other schools bios and looking at their opponents rankings and who they have defeated.

Most of the time when this happens, if the opponent looks great on paper, our players are already defeated before they walk on the court. What a coach believes and encourages in their players can effect performance. Look at this research with teachers. http://www.npr.org/sections/health-shots/2012/09/18/161159263/teachers-expectations-can-influence-how-students-perform

Athletes will only be as good as they believe themselves to be! So what are some practical ways to help?

* Encourage: Have you ever asked your players when things are not going well what their internal voice is telling them? Have them write it down and you will be amazed! When their internal coach is spurting out negativity we have to offset that internal coach with positivity through encouragement and belief. Did you hear Holly in the interview talk about how her coaches believed in her so much she wanted to do it for them!

* Rewrite the Script: This is something that I learned from Jim Loehr. Have your players rewrite what their inner coach is telling them with positive tones and words. Actually have them write it!

Parents/Coaches: Be careful what you tell your children and players, this will stick with them for a long time, and will sometimes run continuously like a neverending script in their minds. I've had athletes tell me something that their parents/coaches have said to them when they were 10 years old and they are still carrying it like a sack of potatoes!

I will share a personal story that happened a couple years ago as an illustration. We were coming off three straight conference championships and we were losing some key players for the following year. Needless to say I enjoyed winning and the success and it went to my head. The new group of players that I brought in were extremely talented and my idea was that they would just fill in and we could continue our success. When that didn't happen I felt the pressure and what did I do? I threw it at my players! I degraded them, threatened scholarships, etc., totally opposite of who I wanted to be as a coach. I destroyed their ceiling of belief and it was all my fault. Huge lesson learned!

I remember praying one night and seeking forgiveness for letting success get in the way of my true objective, to have a positive impact on players so they can become positive role models to their family and friends now and in the future. After I realized what I did, I sent an apology letter to my team about the mistakes I had made and how my expectations for them was to build character traits and the winning would return and it did!

A lot of times you have many years of negativity to overcome but like the old saying goes "There is only one way to eat an elephant...one bite at a time". 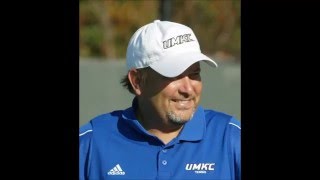